The passing of George Kazanjian

The passing of George Kazanjian 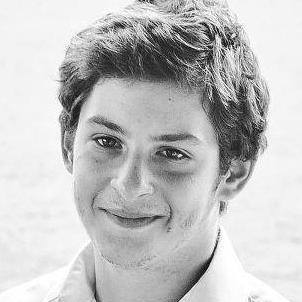 Today marks the 4th year anniversary of the passing of George Kazanjian.

While the pain and sadness still lingers on in many of us, given the tragic circumstances surrounding his death, the Silver Lining Foundation would like to extend our heartfelt condolences to George’s family and friends during this difficult time.

As we reflect today with sadness in our hearts on what might have been, we also look towards the infinite possibilities that the future holds through George’s legacy.

The foundation has spent the last three years keeping George’s memory alive through our projects and initiatives geared towards establishing awareness and attention to the persecution, discrimination and bullying children dealing with sexual orientation or gender identity issues may face in their schools, homes and communities.

Though he is no longer with us, George’s life remains the inspiration behind our repeated calls for safe spaces for LGBTI youths, proper policies to deal with the issue of bullying in our nation’s schools, and the end to discrimination against LGBTI persons by allowing equal access to the same opportunities and rights afforded to all citizens under the law.

The foundation remains committed to these goals by mainly providing a voice to youths, much like George, who continue to suffer silently in desperate situations and who may feel like there isn’t anyone they can turn to for support or a promising future that awaits them as they travel through the triumphs and pitfalls of life.

So as we remember the tragedy of this day four years ago, we are reminded through George’s life, of the importance to show love and acceptance to every person encountered, every situation confronted and every action performed.