Get clear about communication and consent

Checking in with your partner before and during a sexual encounter can help create a safe environment where sex can be a mutually pleasurable and positive experience, one grounded in respect and understanding. The best sex is consensual and communicative. Sexual consent is the on-going agreement to participate in a sexual act that is granted before it takes place. It is required before any sexual activity (including kissing) and before introducing any new sexual activity

Can consent be nonverbal?

It is best to get verbal consent. Consenting to one thing does not automatically indicate consent for another. Implied consent is tricky business; it is easy to misread cues

Hooking up with a stranger can be sexy, but can also be risky. To ensure your personal safety:

T&T’s lesbian, gay, bisexual, transgender, queer and intersex (LGBTQI) community groups (CAISO: Sex & Gender Justice, Friends For Life, IamOne Trinidad & Tobago, The Silver Lining Foundation, Trinidad & Tobago Transgender Coalition, WOMANTRA and Trinidad & Tobago Women’s Caucus), who all work together as the Alliance for Justice and Diversity (AJD), continue to call on members of their communities to hold each other tighter and ensure each other’s safety with the #KeepSafe campaign.

Originally launched in 2017 as a response to reported murders of three gay men —all Caribbean migrants— over a month-long period, and amidst rumours swirling about other incidents of violence, the AJD met and swiftly developed a safety awareness campaign. Led by CAISO: Sex & Gender Justice, the groups piloted the messages at LGBTQI parties to offer simple messages: Be aware. Watch out for each other. Help find solutions. “Instead of panic, fear and victimhood, we are calling for people to increase our responsibility and vigilance, to take more loving care of each other, and to ensure each other’s protection,” said Colin Robinson of CAISO about the campaign. Accompanying the #KeepSafe campaign was the #SpeakOut module, specifically targeting women, trans and non-binary/gender-non-conforming people to speak out on gender-based violence. The AJD also reached out to police leadership to offer partnership and pressure in investigating the three murders, to find ways to encourage LGBTQI people who refuse to report crimes because of negative experiences with police, and to ensure accurate information about the number and nature of violent crimes against LGBTQI communities is disseminated.

If you or someone you know was a victim of violence as a result of your sexual orientation or gender identity and require support, you are encouraged to reach out via email at justivediversitytt@gmail.com or contact a Friends For Life Social Worker at 1-868-681-4150. 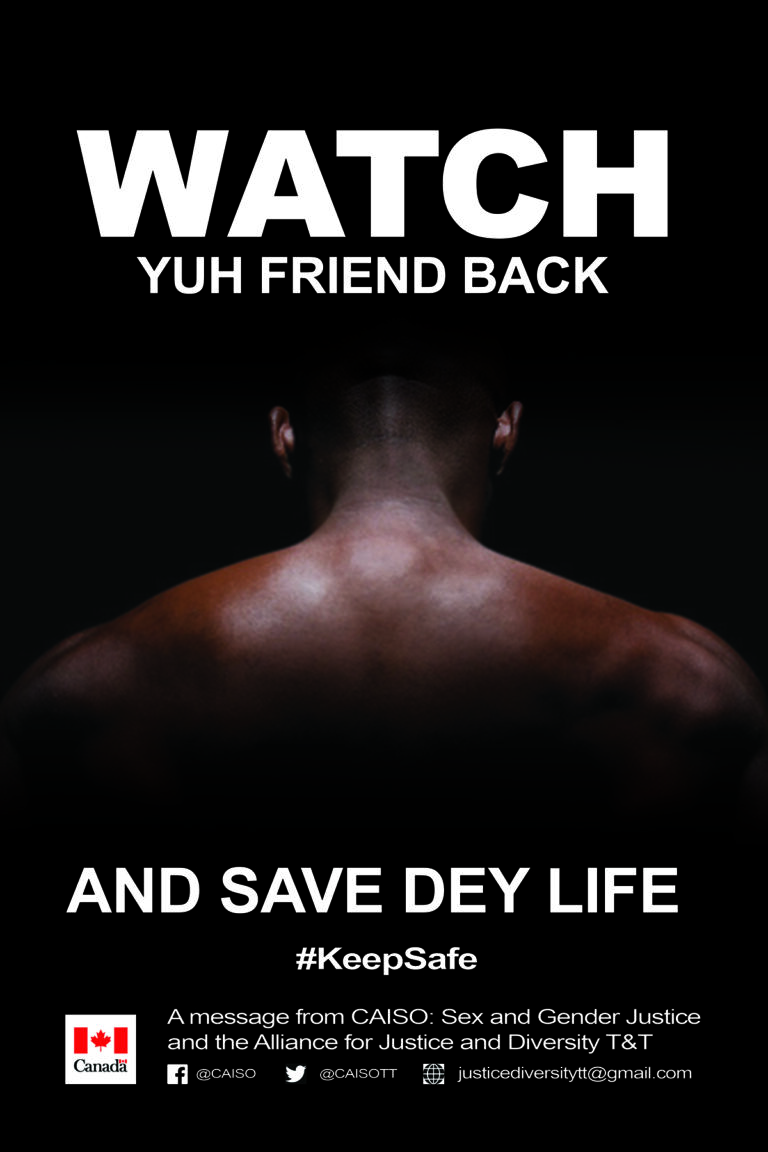 Determine your individual risk for pregnancy

Trauma-focused therapist and sexuality educator Aida Manduley, LCSW, explains that for pregnancy to happen, two things need to be present: sperm and an egg. “One person needs to have testicles (where sperm is produced), prostate and bulbourethral glands (to create the other components of semen), and a urethra (for the sperm to travel through),” Manduley says. “The other person needs to have an ovary (where eggs are produced) and a uterus (where the sperm meets the egg).”

Your anatomy and the anatomy of your partner(s) are the key factor here, not your gender identity or sexual orientation. Manduley notes that people assigned female at birth on testosterone may still be able to get pregnant. Similarly, folks assigned male at birth who are taking estrogen or other hormone replacement may still be able to get partners with a uterus pregnant.

Determine your individual risk for STIs

No gender identity or sexuality is immune to STIs. The only way to know your STI status is to get tested after every encounter with a new sex partner. Our Testing Laboratories Database offers a comprehensive list of testing facilities across Trinidad & Tobago, with varying levels of cost to determine the best course of action for you.

“Pregnancy is a risk when the involved parties have the anatomy for it,” (Manduley). If you’re looking to avoid pregnancy, talk to your doctor about your birth control options.

A person with an STI may or may not have symptoms. When people feel perfectly fine, they don’t know they have an infection that can spread. That’s why doctors recommend that people who are having sex (or who have had sex in the past) get tested for STIs.

Why People Need to Tell Their Partners

So, what do you do if your test comes back positive? After being treated yourself, it’s important to tell your sex partners. Why? Their health is at risk, so they need to know what’s going on. It’s natural to feel worried, embarrassed, and even scared. But to protect your partner, it’s a conversation you need to have.

Talking About Your Sexual Health Status

Many resources can help you learn ways to disclose your status to your partners. For tips on how to start the conversation with your partner(s), check out CDC’s Start Talking. Stop HIV. campaign. 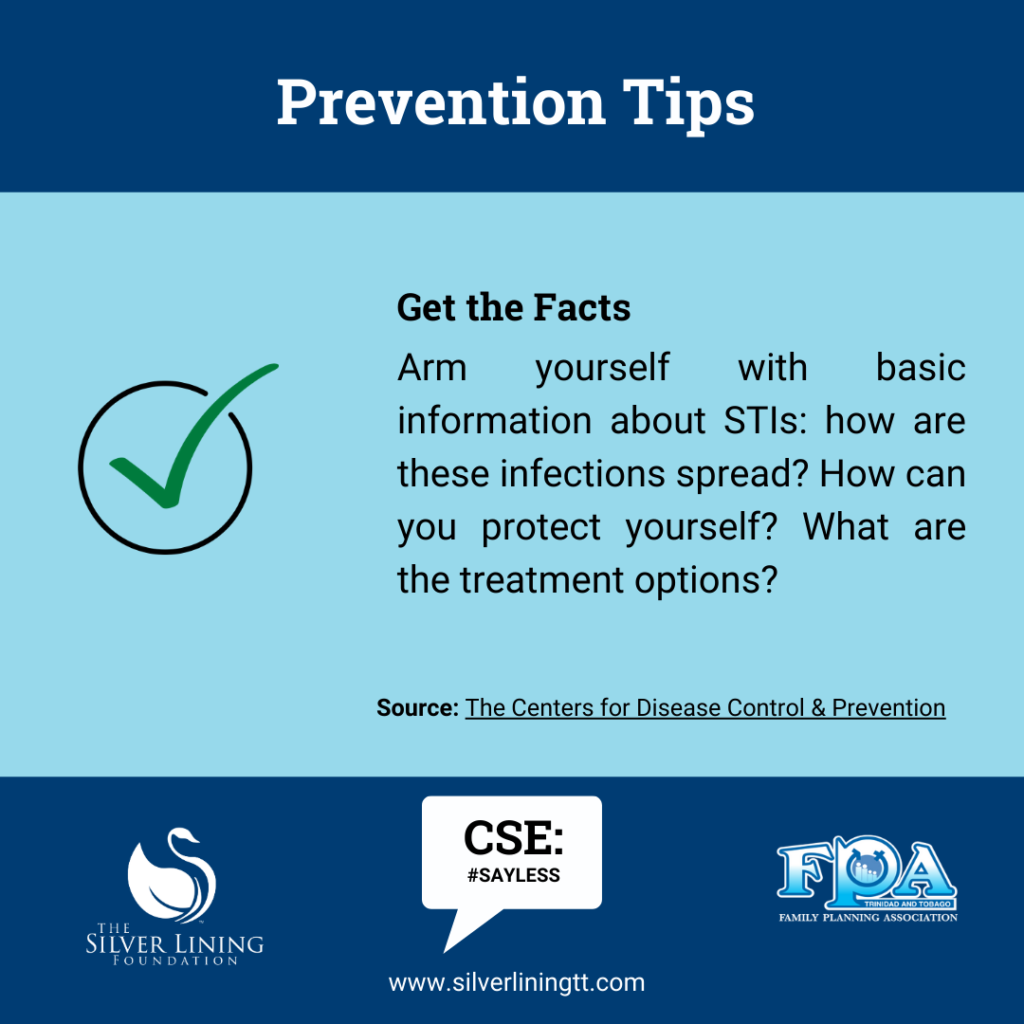 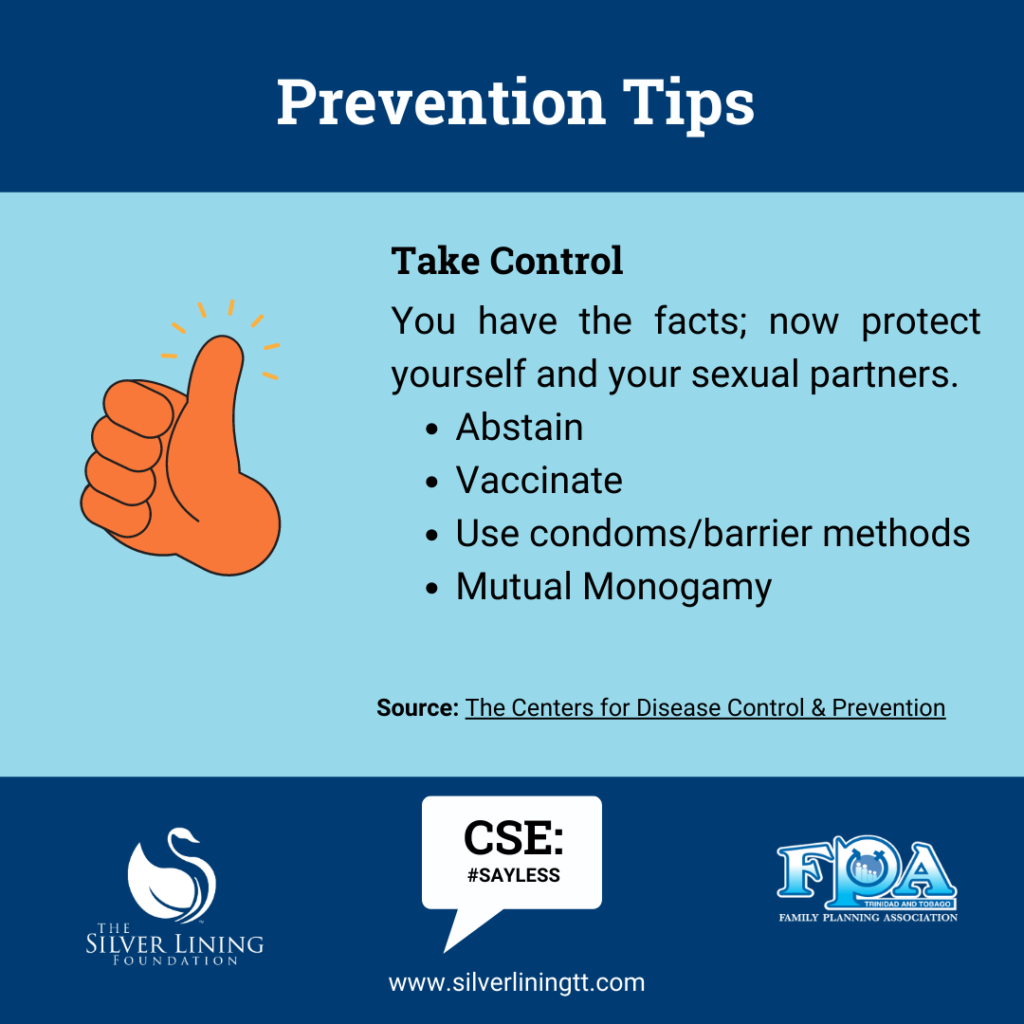 Ensure that you use condoms and/or other barrier methods correctly 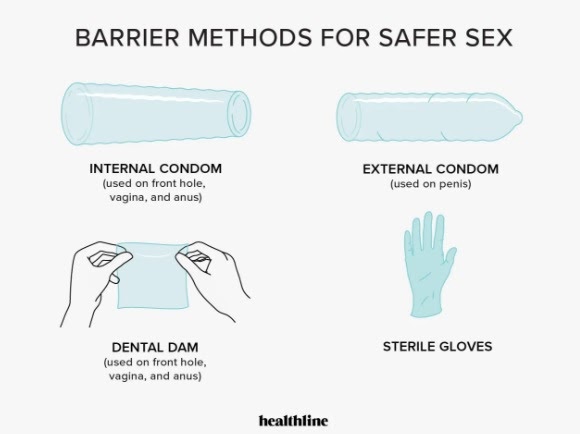 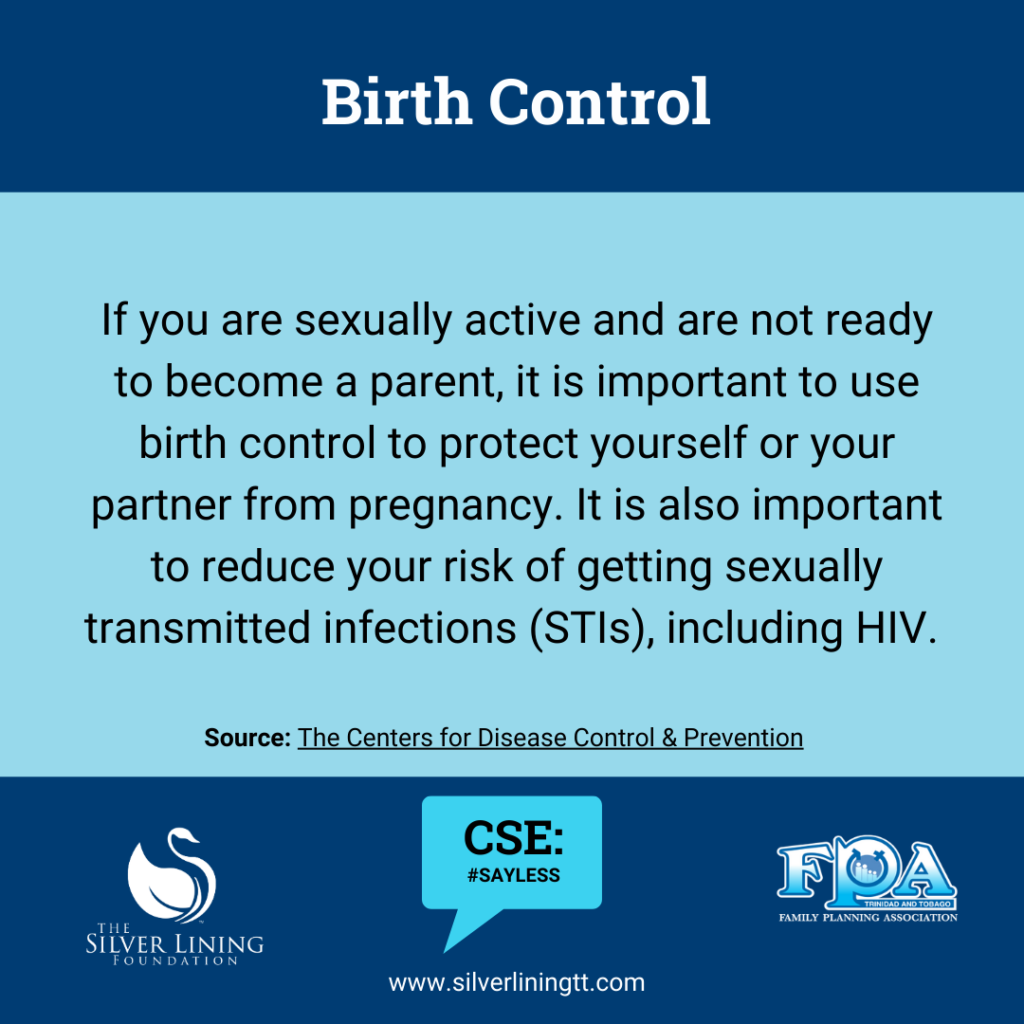 Outside condoms can be used for penetrative and oral sex involving a penis to contain the bodily fluids (e.g., semen, ejaculate, and pre-ejaculate). Outside condoms can also be used with sex toys for easy cleanup. “For sex toys made out of porous materials, they’re a must,” Duran says.

How to use an outside condom:

Designed to line the walls of the vagina or anus, an inside condom can be used for penetrative sex involving the vagina, or anus.

How to use an inside condom:

How to use a dam:

“If during play you can’t tell which side was touching what body part, or it gets super covered in bodily fluids, get a new one,” Manduley suggests. After all, if the barrier is compromised, it’s not effective.

NB: Dams can be pricey and hard to find. Luckily, you can make your own dam by cutting open an outside condom. This step-by-step guide can help you get started.

How to use cots or gloves:

TIP: “Get them in a colour that feels fun or sexy to you and your partners,” Manduley says. “Black nitrile gloves, for instance, are a key part of many folks’ sex toolkit.”

Stay up to date on medications, vaccines, and screenings. You should make every effort to stay up to date on vaccines, specifically Hepatitis A, Hepatitis B and HPV. Citizens of Trinidad and Tobago are fortunate to access these for free at the public health centres, availability may vary.

NB: While the HPV vaccine was previously only recommended for people assigned female at birth, the current Centers for Disease Control and Prevention (CDC) guidelines recommend the vaccination for all folks between the ages of 11 and 26. Some 27- to 45-year-olds who aren’t already vaccinated may also decide to get the vaccine after assessing their risk for HPV. 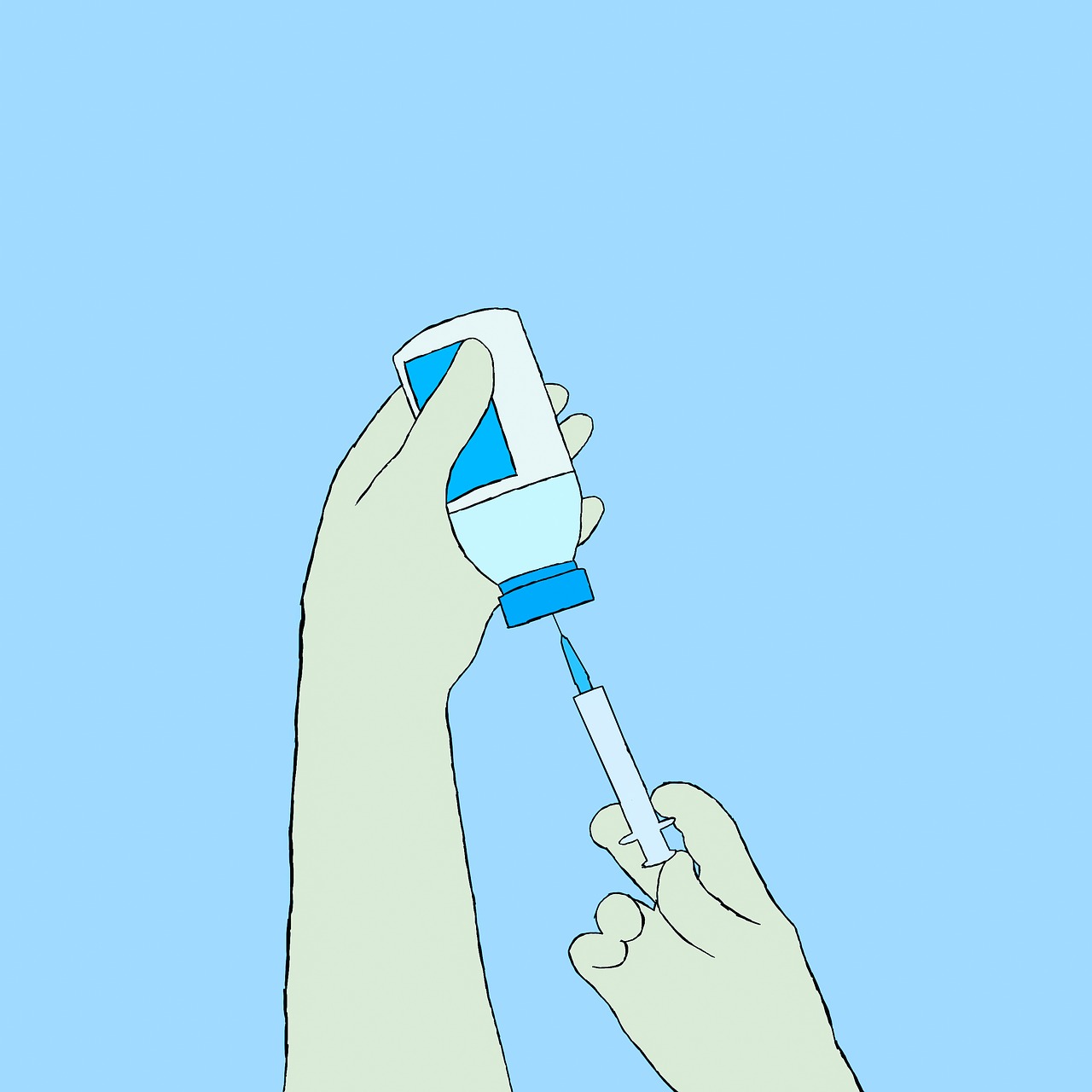