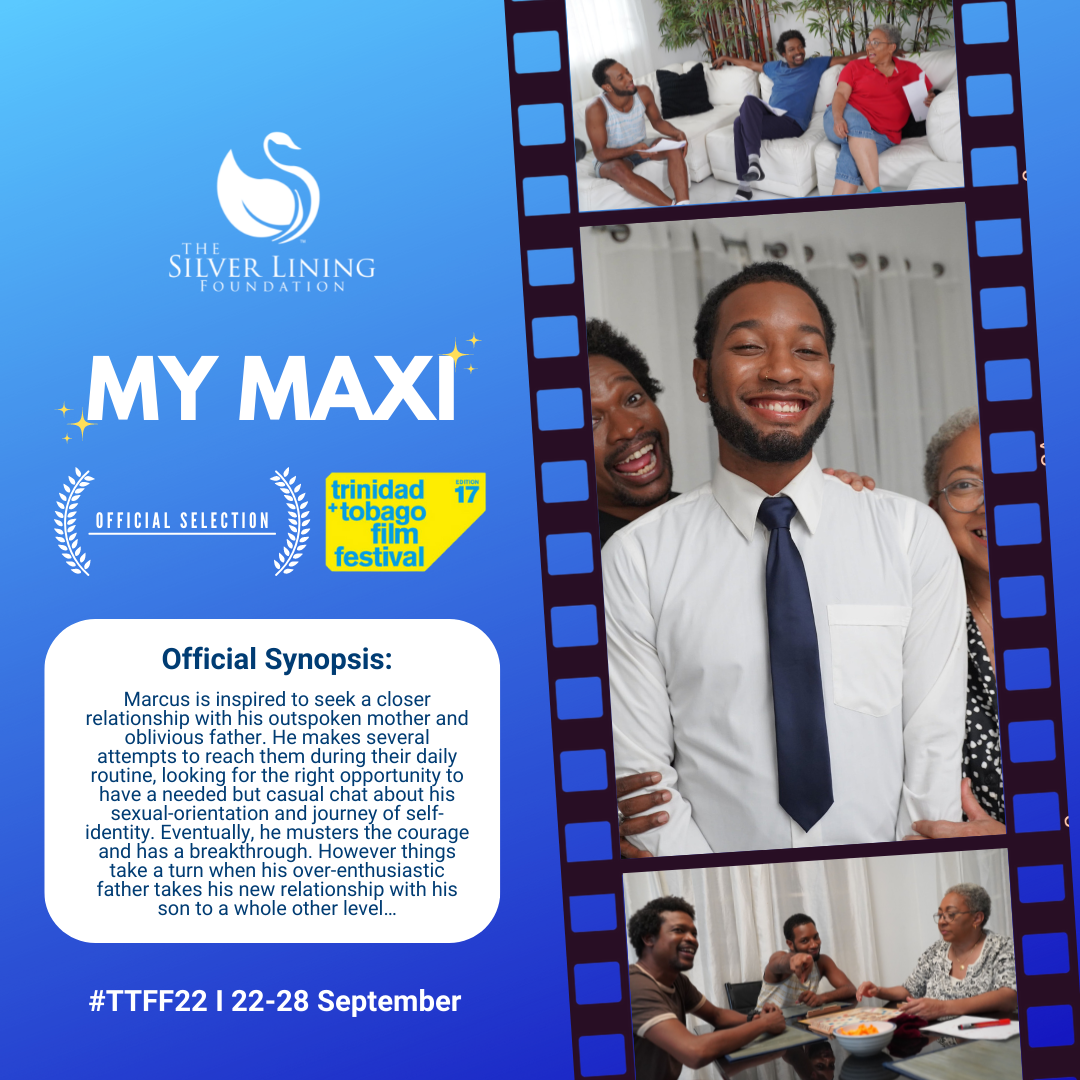 “Marcus is inspired to seek a closer relationship with his outspoken mother and oblivious father. He makes several attempts to reach them during their daily routine, looking for the right opportunity to have a needed but casual chat about his sexual orientation and journey of self-identity. Eventually, he musters the courage and has a breakthrough. However, things take a turn when his over-enthusiastic father takes his new relationship with his son to a whole other level.”

Official Selections by the Trinidad & Tobago Film Festival 2022 in the following categories:

• Best Film As Decided by a Youth Jury