Promoting ideas through a constellation of conversations and making change through solidaity: Moving from the Head to the Heart to Impact Change

They say the longest distance in the world is the 18 inches between the head and heart. This refers to applying everything you know and channeling it to a strong willingness to seek change which is driven by investment and passion to a cause. It is creating a perfect marriage between your knowledge to your emotions in order to create demonstrable action that leads to sustainable change in our lives and the lives of those around us.

I suppose in many ways my life thus far has guided me to bridge the gap between recognizing injustice and suffering – moving from the head to the heart – and forging a strong desire to do something about it. Once I made that leap I never would have imagined the places it would take me and the connections I would have with persons unknown to me.
Recently I had the distinguished honor and privilege of being selected to attend the inaugural Sakharov Fellowship programme in Brussels and Venice. The Fellowship is a commitment of the Sakharov Prize Network, named after Dr. Andrei Sakharov, who was a Soviet dissident and member of a team that developed the Soviet hydrogen bomb in the 1940s. Later he would spend the remainder of his life opposing the very meaning to his life’s work by promulgating peaceful ends to regional and global conflicts upon recognizing the freedom and dignity of all human beings.

As I became acquainted with Mr. Sakharov’s story, I was fascinated by his incredible journey and the remarkable change it must have taken him to go from young nuclear weapons designer to aged dissident and Nobel Peace Prize winner. It was Dr. Sakharov understanding of the consequences and outcomes of his actions that inspired him – moving from the head to the heart – to create the movement towards change. 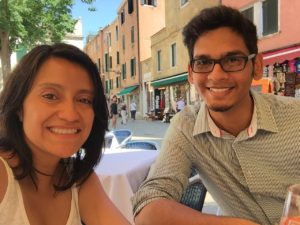 That change came about with Dr. Sakharov’s increasing concern about the dangers of nuclear testing and proliferation by both the United States and the Soviet Union. His sense of responsibility spurred his activism through academic journals and official correspondence that would lead to, in this instance, the signing of the Limited Test Ban Treaty between the US and USSR.

In acknowledging his work that altered the world, the European Parliament sought to honour him and other human rights defenders around the globe who spent their lives fighting for the freedoms and rights of the marginalized and oppressed. It is through Dr. Sakharov’s inspired work and this Fellowship that I found myself in the same space and domain with some the most influential and bravest human rights defenders from Eastern Europe, Africa and Latin America.

Despite my own modest accomplishments it was indeed an honour to stand with colleagues who have endured the pains and merciless attacks on the frontlines defending human rights abuses in Uganda and Nigeria, women’s rights issues in Iran, the rights of indigenous peoples in Guatemala and minority rights in former Soviet States. Indeed I did feel small among these mighty giants. But this brings me to the question though, how did they, Sakharov and my colleagues, become these giants? As I searched for the answers I realized the evidence stood proudly in their work, their reflections and their own individual call-to-action where heart triumphed over head.

This individual catalyst was a topic mentioned by 2005 Sakharov Prize Winner, Hauwa Ibrahim whose meeting inspired me greatly with respect to the work that has come to define my life. In her speech at the Venice School of Human Rights, she mentioned that for us, Fellows and other Human Rights Defenders, Human Rights Advocacy is not something which we have been taught; it is not something that came to us through formal education or seminars. It is something that has emerged from within – a move from the head to the heart – to effect sustainable change which benefits all of mankind.

Listening to her speech reminded me of the reasons why I decided to heed my own call-to-action and embarked on a journey to elicit the change I hoped to see realized in my own country. This change started with an unheralded obligation, spurned by the heart, to shepherd those who experienced similar trauma to my own. I needed to help those who were victims of child sexual abuse and those who were living with depression and suicidal ideation because of their different (real or perceived) sexual orientations or gender identities. That was my trauma, my sin, my secret and I needed to help those still suffering to realise that there is a whole life ahead, just waiting for them to fulfill their own God-given potential. 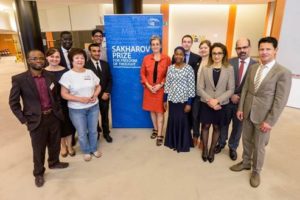 Sakharov Fellows with Ulrike Lunacek- Vice President of the EP

This brings me more pointedly to the first half of my theme – promoting ideas through many conversations. In the five years since I’ve been advocating for LGBTQIA youths in Trinidad and Tobago, I have realized that changing hearts and changing minds is not an easy thing. No matter how impassioned arguments have been, no matter how many suicides occur, no matter how many gay kids have been bullied, beaten and/or kicked out of their homes, these actions always been treated as isolated or irrelevant incidents to the “more pressing issues” affecting our nation.

Change to these and other old and outdated prejudices have been left to evolve organically. Governments come and go and do little-to-nothing, preferring instead to wait for a critical shift in public opinion to emerge before giving political will and legitimacy to change. This dangerous tradition lends itself to further entrenching the human rights abuses and challenges we face today as LGBTQIA citizens. When left unchecked, the result is in the many forms of social injustices which occur in our nation and are enabled in no small part by weak monitoring and enforcement agencies that are coupled with deficiencies in knowledge, heart and capacity. This situation runs across the gamut of government agencies and an under-resourced civil society which is exacerbated by the lack of political will to implement meaningful change.

To accentuate this point, children are still being harassed and attacked in their homes, schools and on the streets because of their sexual orientation while government laboriously resists moving forward with the still-draft National Gender Policy that continues to deny any recognition of the LGBTQIA person and their suffering. The burden is then left to the sorely underfunded NGOs in this country, to meet their needs while simultaneously undertaking the Herculean task of trying to convince the rest of the population that LGBTQIA kids should be given an equal chance in society to access education, a home and a community free from violence and discrimination.
It means that, as articulated in the 2016 Network of NGOs Shadow Report (completed for the United Nations Committee on the Elimination of Discrimination against Women (CEDAW) which recently reviewed T&T’s record on women’s rights) a National Gender Policy that updates government gender mainstreaming efforts will remain under further consultation and scrutinized under the narrow focused lens of political expedience. This does nothing except to cost the people of this nation, especially our women and girls, valuable time that should be spent legislating and implementing policies that sensitize law enforcement and society on how to treat with domestic violence, amending the Industrial Relations Act, ensuring equal pay for equal work, fighting Child Marriages and ensuring the dignity and respect of all.

Yet, civil society to its credit has not given up. They continue to engage in discussions with all relevant stakeholder interest groups while sensitizing the public on the issues. However, the rate at which civil society is having these many discussions, sometimes non-intersecting constituent circles, poses a problem for progress. This is by no means a critique of the hard work done by the many NGOs in our country, rather it is simply an observation of how frustrating it has been for change-makers in T&T. If government isn’t up to the task of facilitating these many conversations then how do we promote and engender new thinking on a scale that produces substantive results? Working in isolation will not yield the consensus necessary for change nor will it engender an appreciation of shared struggles or build solidarity between causes who all seek the same thing. 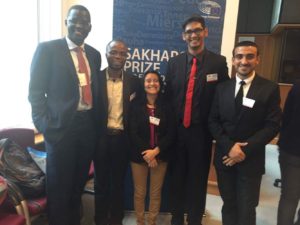 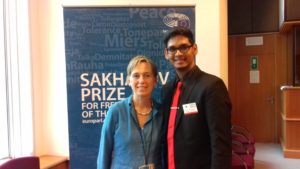 This then imposes civil society to spearhead the charge of coming together in shared consensus and efforts to bring about the desired changes, outside of government meeting the request for establishing a National Human Rights Institution. This process was started recently by a few interest groups representing LGBTQIA Issues, Disability Rights, Women’s Issues, and other individual stakeholders. Having one centralized body, led by persons representative of all causes ensures every issue gets requisite attention, that lobbyists themselves are apprised of all the different issues and can strengthen advocacy efforts by lending support and by crafting harmonious campaigns for change that are supported by not just individual groups but by all those who have a stake in the Institution. This process needs to be supported by all and incubated by foreign missions until it can become better structured and adequately resourced.

More than any framework or institution however, what we need are more people to actually become change-makers. This is illustrated in the following closing words of the Network’s Shadow Report:
“… it was repeatedly made evident, the degree to which we need to improve our capacity for research, recording and analysis…We have done much, but we want to do more. We want to ensure the creation of an equal society, where disadvantages that span race, age, sex and gender, sexual orientation and other differences are first understood, then dismantled through collective work. We want to talk, debate, share resources and information. We want to participate more consistently than we participate conveniently.”
In Hauwa’s welcoming remarks to us, she acknowledged the invaluable contributions of all advocates and the thankless and often times punished jobs we assumed. She poignantly remarked however, “the world will never be the same because of you”. Imagine what we could achieve together.