Proud to “B” in the LGBT

Proud to “B” in the LGBT

First observed in 1999, September 23rd has since been marked around the world as a day of celebration for bisexual visibility and pride. It was the brainchild of Wendy Curry, Michael Page, and Gigi Raven Wilbur, three United States bisexual rights activists. People individually and collectively celebrate bisexual pride and awareness in many ways, including parties, flag-flying, workshops, film screenings and social cyber events.

Bisexual men and women still continue to face stigmatization, prejudice and discrimination by both heterosexual and homosexual people alike. A study led by University of Pittsburgh Graduate School of Public Health researcher, Mackey Friedman found that even within a sexual minority community, bisexuals face profound stigma which can cause feelings of isolation and marginalization. Prior research has also shown that this may lead to higher risks of substance abuse, depression and risky sexual behavior, not to mention lower rates of STD testing and treatment.

Who is a bisexual?

A bisexual (bi) person is someone who identifies as having romantic and sexual attractions to both men and women. The level of attraction can be of varying degrees. Bisexuals do not need to have had equal sexual experience with both men and women; in fact, they need not have had any sexual experience at all to validate their identity as a bisexual. Most bisexuals usually say that when they are interested in someone, their focus is on the individual – not their gender. Like their monosexual counterparts, the level of emotional and physiological attraction to a specific gender varies from person to person.

Bisexuality is still very much misunderstood among both the heterosexual and homosexual communities. Overshadowed by stereotyping, misinformation, myths and faulty logic, bisexuality has existed throughout ancient history and has been well recognized as a genuine sexual orientation in both the medical and psychological fields since the 1940s, when bisexual researcher, Alfred Kinsey developed the Kinsey Scale – a scale that measured sexuality on a heterosexual to homosexual spectrum. The introduction of this scale allowed for bisexual Americans to be given some much needed and deserved visibility. Since then, the bisexual community has come a long way in terms of recognition; however, the fight for visibility, inclusion and acceptance in an already marginalized community of lesbians, gays, bisexuals, transgendered, queer and questioning (LGBTQ) individuals remains.

Bi Visibility Day is needed. Bisexuals are not as easily noticeable as their queer brothers and sisters; they may be easy to miss. If you see two people of the same sex kissing, you may not think to ask yourself if they might be bisexual. Similarly, if you see a man and a woman kissing you may rarely consider that either or both of them might also be bisexual. This day of visibility is also important because there is a real lack of information about bisexuality in our libraries as well as in our media. Bisexuals are still underrepresented and may feel alone or excluded, even though they have been part of the LGBT rights movement from the beginning and continue to fight the same issues alongside the community, facing discrimination based on who we love. How are we, then, to advocate for inclusion and non-discrimination for the LGBTQ community while we are still dismissive and disinclined to recognize bisexuals?

One supporter of The Silver Lining Foundation had this much to say to those who try to dismiss his bisexual existence:

“Bisexuality isn’t a phase of confusion when you’re young. Whether you choose to be committed to a man or a woman does not mean you chose to be gay or straight. It simply means that you chose to be with the person that you love and at the same time you can still be attracted to a man or a woman (look, but don’t touch). Just like how people argue the point that you didn’t choose to be gay (or straight), a bisexual didn’t choose to like more than one gender. We were just lucky to have more options.” – Jase.

If you are wondering how you can be a part of Bi Visibility Day and help your bisexual friends, it’s simple: the next time you are in a group of people who dismiss bisexuality for whatever reason, say something and ask them to rationalize their thinking. This simple action can bring us a step closer to equality and help bring awareness, understanding, visibility and respect to a big part of the LGBTQ community. 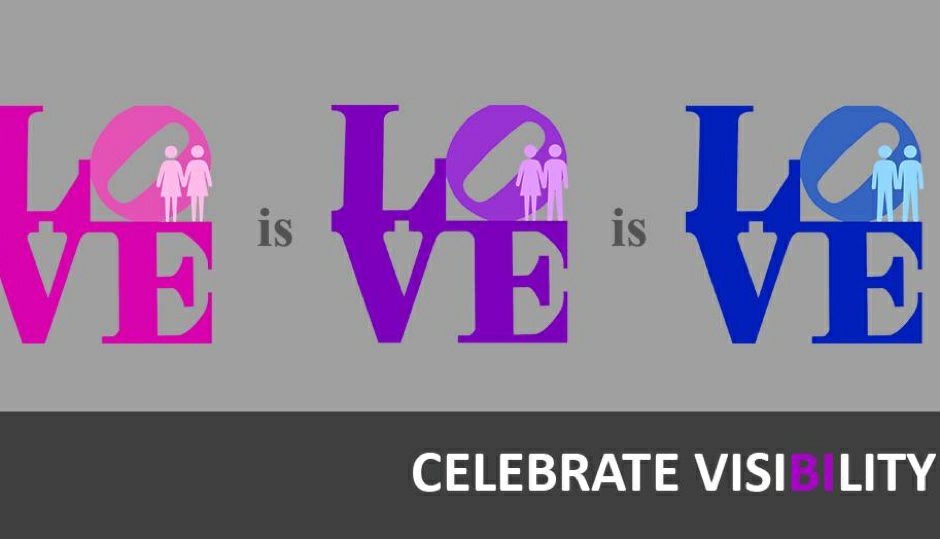