International Men’s Day is an event that is celebrated annually on November 19 in over 70 nations. This day encourages people to celebrate the positive value men bring to the world, their families and communities.

First conceived in 1992 by Thomas Oaster, the day was re-initialised and reinvigorated in 1999 here, on the shores of Trinidad & Tobago by Dr. Jerome Teelucksingh, a History lecturer at the University of the West Indies (UWI). Dr. Teelucksingh chose this date, partly to honour his father’s birthday and also to celebrate the 1989 World Cup endeavours of the Trinidad & Tobago national football team which unified the nation, transcending gender, religious and ethnic divisions among the people.

International Men’s Day focuses on three (3) key areas of the development of men and boys: their health, the improvement of gender relations and celebrating the contributions of men to community, family, marriage and child care by highlighting positive role models.

This year’s theme, “Positive Male Role Models”, is aligned with Dr Teelucksingh’s initial vision for the celebration of International Men’s Day, where we address and reflect on issues affecting men and boys, rather than to just be a celebration of a gender. It also coincides with Prostate Cancer Awareness month, which affects every 1 in 9 men, according to the American Cancer Society.

The social construct of society is often fascinated with the notion of men behaving badly. While there is no denying that this is a prevalent fact, highlighting positive male role models would help to remove the negative images, stereotypes and stigmas associated with men in society.

International Men’s Day serves as a great opportunity to remind the men in our lives that it can be empowering to express their feelings and emotions, and strength and courage are solely defined by their willingness to seek help. It also reminds us to stay committed to creating the cultural shift that is needed to eradicate toxic masculinity. We must continue to strive to erase the perpetuation of archaic and draconian approaches to constructs of masculinity, as it reinforces the need for hyper-masculinity and machismo, which only pressures young boys to act out as a means of establishing themselves as a “man”.

SLF’s National School Climate Study, “Bullying and Gender Based Violence in Secondary Schools”, published in 2017, assessed the prevalence of school violence and bullying across 20 secondary schools with a sample of 651 students. The study found that the most common type of bullying meted out to boys was verbal bullying, with 14% of these taunts being related to sexuality and gender expression. 73% of respondents were identified as targets, with 16% of those respondents being targeted often or frequently.

Furthermore, the study also identified that 47 of the 100 respondents who reported having been molested or raped were male, with 28 of them being unsure what constitutes as rape or molestation. Key trends identified from the survey indicated that males were, overall, more likely to engage in bullying behaviours than female students and that male students experienced verbal and physical acts of bullying at slightly higher rates than female students, who were more likely to experience sexual and cyber bullying. This finding is especially important to the commemoration of International Men’s Day as it begs the question of teaching young men to resolve conflict in a more wholesome way that does not affect well-being or their ability to learn.

Not celebrating men and providing positive role models for young boys and men can have negative consequences. It feeds into that culture of toxic masculinity where some men feel empowered to bully and harass, while others struggle with mental health problems in silence. Therefore, it is essential that we create a culture where men are not made to feel weak when talking about mental health or be demeaned when they are survivors of sexual assault. We need to stop the bullying and attack of men and boys for being gay, bisexual and transgender. They have been and will always be, MEN.

To all the boys and men in our diverse communities – the gay men, effeminate men, bisexual men, transgender males, queer men, closeted men, and our straight male allies, we wish you a Happy International Men’s Day and we will continue to push for the advancement of creating safer spaces for us all, regardless of gender. 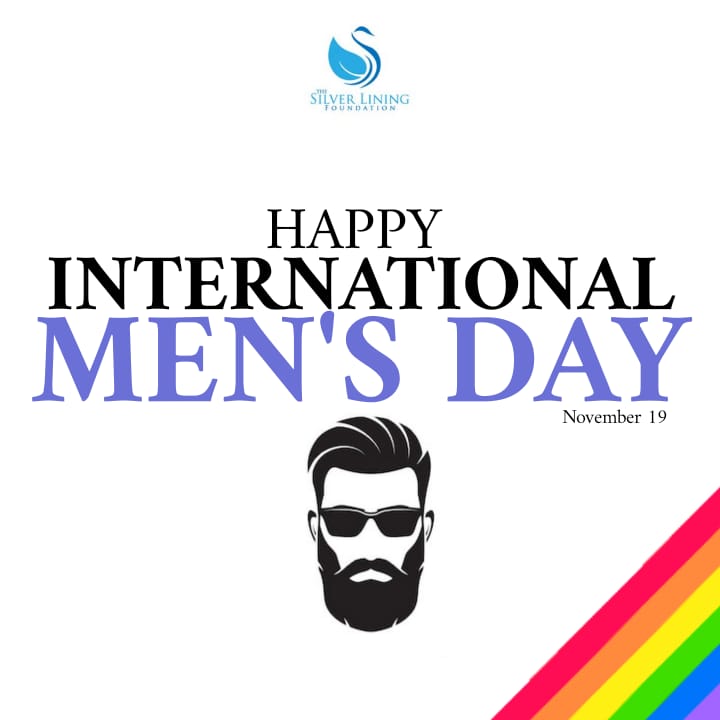