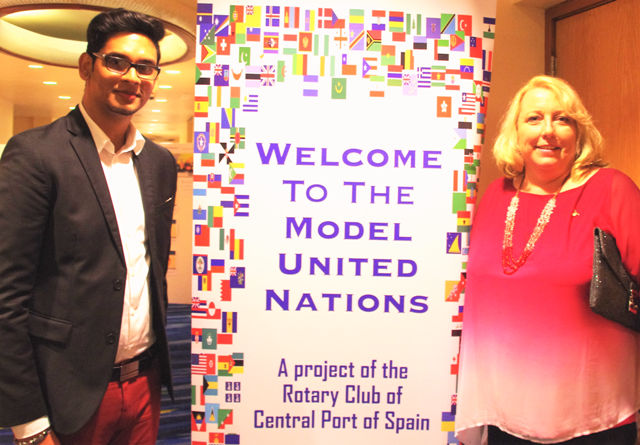 One of the flagship projects of the Rotary Club of Central Port of Spain (RCCPOS) is the annual hosting of the Model United Nations (MUN). This year, the 20th installment of the MUN was held on March 18-19 2017 at the Hilton Trinidad Hotel and was attended by 120 students from  Trinidad, Tobago, Suriname, St Lucia, Guyana and Barbados. The mission of the MUN is to foster a constructive forum for young people to have open dialogue on complex global issues, including international peace and security, and economic and social progress.

This year the MUN chose to discuss the human rights of Lesbian, Gay, Bisexual and Transgender persons under the theme: “Preventing discrimination against persons based on sexual orientation and gender identity”. Executive Director of The Silver Lining Foundation, Jeremy Steffan Edwards was invited to be the guest speaker at the Gala Dinner hosted by the leadership of the MUN and the RCCPOS.

The following is the text of his address:

All the MUN Delegates following the historic passing of the resolution calling for the rights of LGBT persons to be protected.