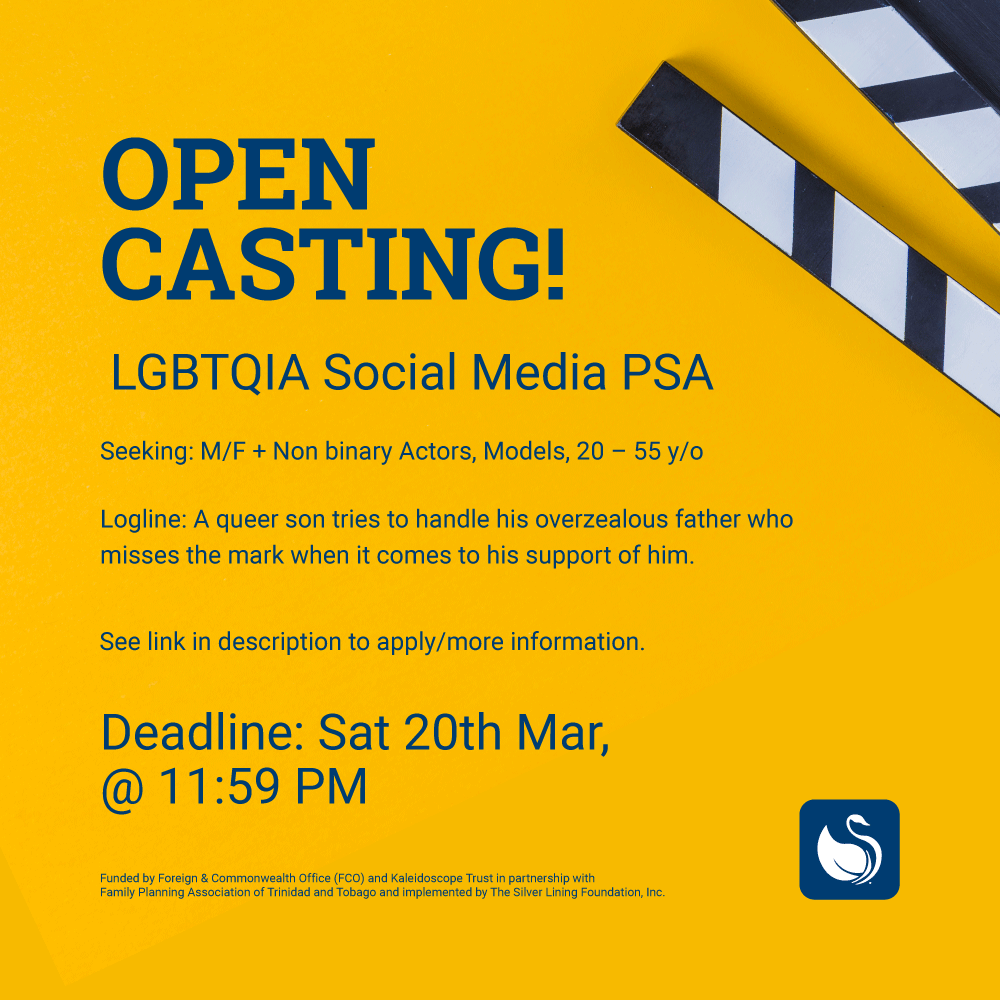 Logline: A queer son tries to handle his overzealous father who misses the mark when it comes to his support of him.

NOTE: We value LGBTQIA representation on this project. Preference for queer roles will be given to queer talent.

Preparation: Interested persons are asked to submit ONE (1) CLOSE UP and ONE (1) FULL-LENGTH photo of themselves (No hats or sunglasses. You face must be clearly visible),  along with the following info:

Use button below or link here. Powered by The Trinidad and Tobago Performing Arts Network